Taken from the Greek Mythology, Hades was one of the 12 Olympian Gods. He was the brother of Zeus but his domain was the Underwold. As ruler of the undead he was mostly been perceived as a sinister God by the humans.

Since I was already able to produce his Queen Persephone and his Hound Cerberus in 1/4 scale statue kits, I decided to complete this diorama with Hades. The Art direction I went was to have him on a throne, a pose which fits to a true king. The pose should provide a little bit of dominance and menace, at least these were my thoughts while I was drawing Hades.

The 3D sculpt was done once again by my friend Parag Lavande, who has worked on my other greek inpired designs. It was a very long process to reach this level, as I had certain expectations on the design of each angle and side of the throne. There are sculptures around the throne and many small details here and there. There are also couple spears on the back of the throne, which will be removable in case someone would not want them to display.
I kept the base design, same as in the Cerberus and Persephone sculpts in case someone would like to display these statues next to each other and have an epic diorama.

Hades is wearing a light armor, since he is sitting and not in battle mode. The final sculpt provides some switch-out options.
First one is the two different right hands. One is holding a human skull and the other one is covered with a flame of souls.

The other switch-out option is Hades portrait. There is one with him wearing his crown and a second one wearing a helmet

Before sending this to the printer, I will change the portrait with the helmet, as I am not fully satisfied with some areas. I will update as soon as I have the new version.

My goal is to have this printed in 1/4 till Summer 2019. I understand its a big statue and maybe not everyone’s taste, this is why I am planning to make it extremely limited. For the dimensions, please refer to the picture below,

For more pictures, you may a look at the gallery below and if you have any questions, feel free to message me.

8 Replies to “Hades – God of the Underwold” 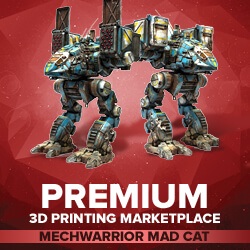 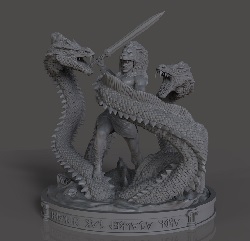